Our full name is the School for Cultural and Social Transformation, but we’ve adopted the nickname Transform. We think it embodies what we are, do, and feel. 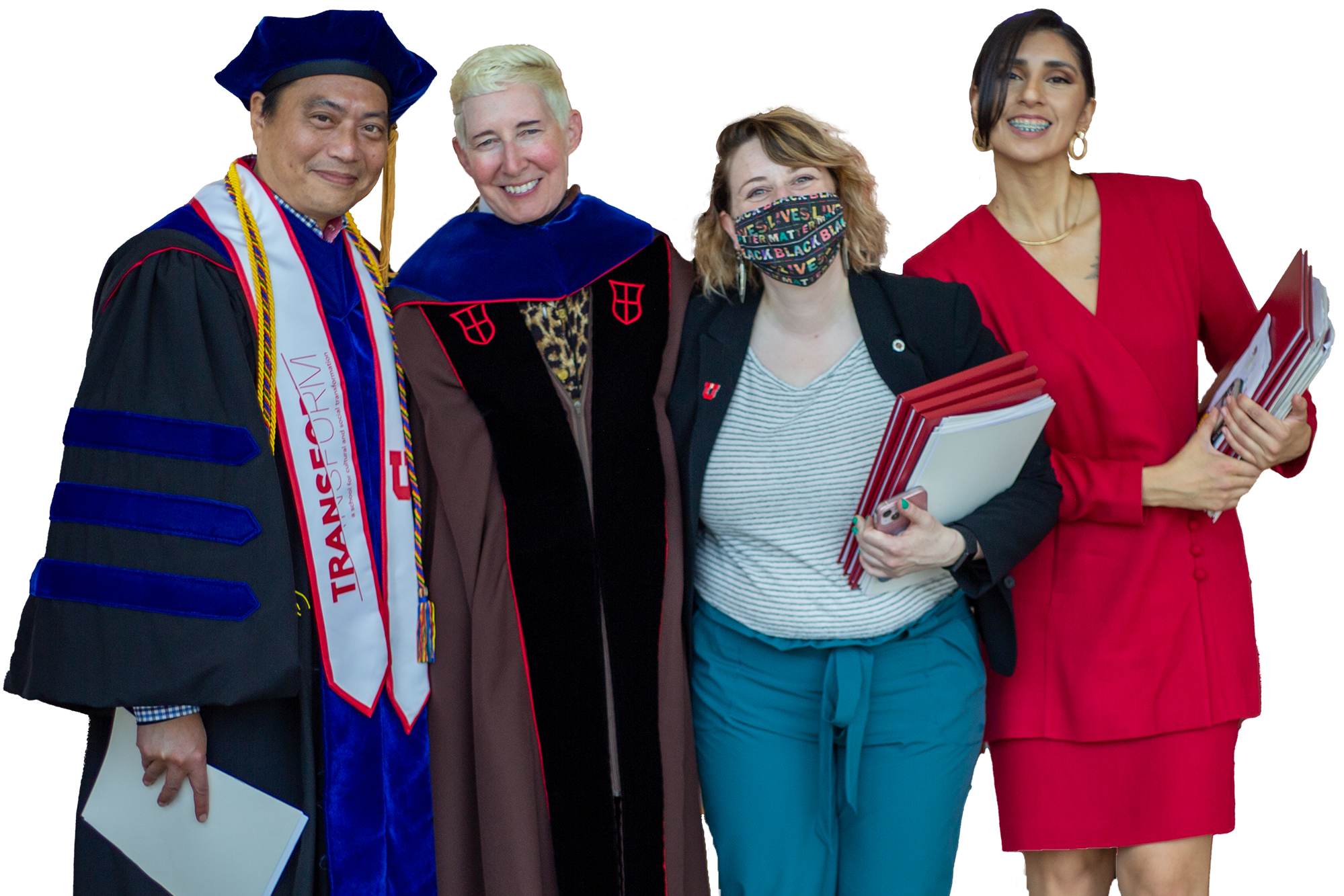 “Ethnic studies and gender studies, alongside matters pertaining to (dis)ability, cannot be lived, or truly thought, apart from each other. Our campus needs to grasp these intersecting issues that cut differentially through us all, as we owe our gratitude to the Combahee River Collective Statement of 1977’s confluence.”
Kathryn Bond Stockton, Celebrating 5 years of Transform

Transform’s story is one of student voices, structural change and collective action. It began with an open dialogue on racial climate, which led to a brand new college which continues to support a two-way flow between community knowledge and academic study.

On Nov. 20, 2015, the U held an “Open Dialogue on Racial Climate” in the ballroom at the A. Ray Olpin Union. Several hundred people, most of them students, showed up to voice their concerns to university leaders. The result was a list of responses and initiatives to address the concerns expressed by students and led to a group of faculty members in the Ethnic Studies and Gender Studies Programs developing a detailed, written proposal for the School for Cultural and Social Transformation. On July 15, 2016, the proposal passed through its sixth and last official body, the Board of Regents, and became a college — without a single negative vote.

Our divisions and programs share cutting-edge concepts, faculty, and space. Our goal is to forge the wave of the future for the study of shifting sexualities, changing genders, dynamic immigrations and emergent struggles against all racist and ableist beliefs.

Message from the Dean

We at the School for Cultural and Social Transformation are ready to think with you. Ready to shape the leaders—you—who will put ideas into forceful motion.

Excitement: We are a new college home for the new-look Divisions of Gender Studies and Ethnic Studies, poised to grow together as academic units who share cutting-edge concepts, faculty, and space. Our convergence forges the wave of the future for the study of shifting sexualities, changing genders, dynamic immigrations, and emergent struggles against all racist and ableist beliefs.

Hope: We are fostering real-world thinking for hopeful change in a roiling world.

Debate: For these reasons, we are seeking student-thinkers ready to examine the changes all around us, to debate thoughtful practices surrounding anti-bigotry and fairness for all.

To act, we must think. We want to think with you.

Dr. Kathryn Bond Stockton
Dean of the School for Cultural and Social Transformation